Top 4 Coffee Traditions Around the World 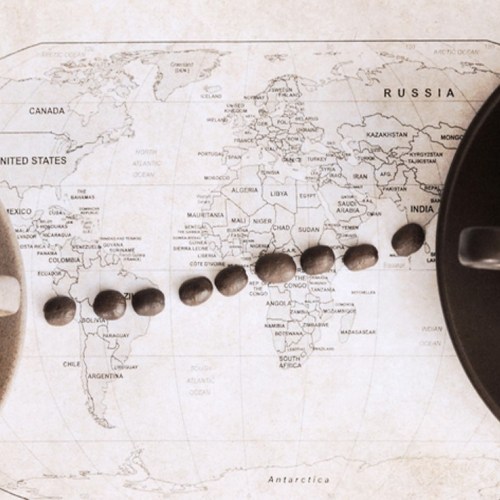 American coffee culture is pervasive. We can find coffee in gyms, churches, student unions at colleges and universities, and of course, in coffeehouses all over town. Coffee serves two distinct and disparate purposes: to help us get on the move in the mornings and to serve as a centerpiece for conversation at any time of day.

In the U.S., there aren’t "rules," spoken or unspoken, for coffee drinking, nor is there a trademark American way to make coffee. As it is with many aspects of American culture, we’ve borrowed from the many countries around the world that make up our melting pot. We then take those traditions and tweak them to make them our own.

America is getting more serious about its relationship with coffee. It’s clear with the rise of micro-roasters and artisan home-brewing methods, not to mention coffeehouses stepping up their game. Still, there’s room to learn about how the drink is enjoyed around the world.

Some of the world’s favorite ways to enjoy coffee will surprise you, entice you, and possibly make you turn up your nose. Let’s take a quick tour of 4 countries!

Coffee was discovered in the Kaffa region of the country over a thousand years ago. In the birthplace of coffee, the drink is literally a ritual, “with the brewing and serving process lasting up to two hours. “ One of today’s trends, bulletproof coffee, is linked to an Ethiopian preparation of clarified butter and coffee beans.

Although not the birthplace of coffee, Italy has a special relationship to the beverage, setting the bar for quality. If you can’t get perfection in a cup of Italian coffee, you can’t get it anywhere. As the country that gave us espresso, Italy has guidelines for drinking the beverage that fly in the face of American habits: espresso should be consumed while standing up, and its close cousin, cappuccino, should only be enjoyed in the morning. 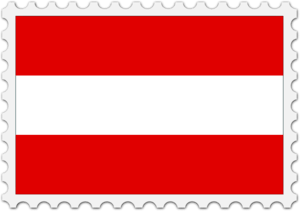 Here is the country that likely set the stage for what became American coffeehouse culture. The phrase “café Vienna” brings to mind not only the physical structures in which Austrians perfected the art of enjoying coffee but also a popular preparation of the drink: two shots of espresso infused with whipped cream. However, that strong cup of creamy espresso is child’s play compared to Austria’s signature drink, the Wiener melange: espresso with egg yolk, brown sugar, and whipped cream. It’s basically your whole breakfast in one cup! 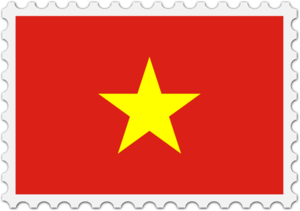 It will likely come as a surprise that Vietnam is the world’s second largest producer of coffee. The history of the relationship between the two tells a story of pragmatism over preference. Traditionally, the Vietnamese are tea drinkers. However, after the Vietnam War, the country turned to the production of coffee as a means of restoring economic viability. The Vietnamese also came up with a tasty take on this new cash crop. Called ca phe da, it’s ground coffee, condensed milk, boiling water, and ice. 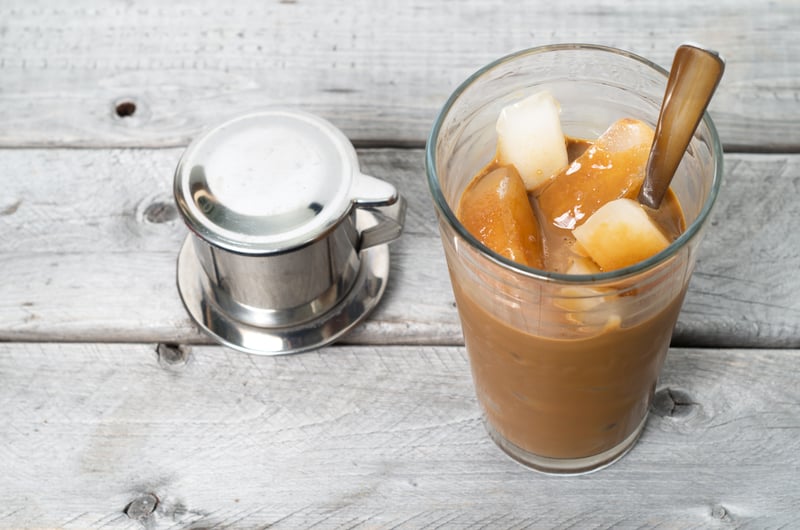 What’s your favorite international coffee? Have any photos from coffeehouses overseas? Share with us in the comments!